Uber Drivers vs. Uber Execs – Squaring Off in California

"The high-stakes battle between Uber executives and drivers in California, explained" 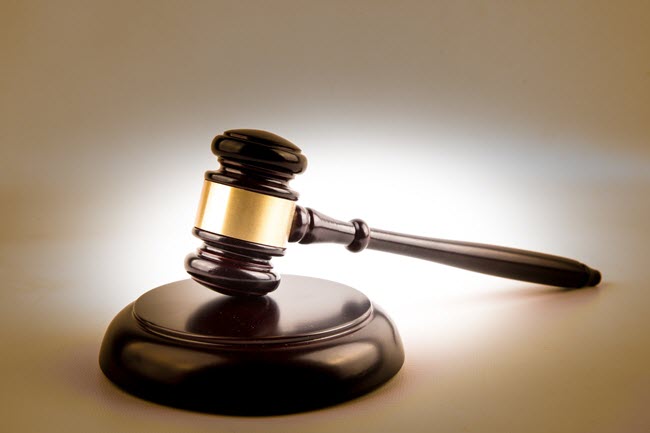 Let’s start by taking a deep breath and walk through what’s happening in California with the AB 5 bill.

The bill targets all independent contractors in the state, not just Uber and Lyft drivers. Under the bill rideshare drivers would become employees with benefits, and so would hair stylists, personal care providers, private housekeepers, etc.

This article starts with a statement that is not true and not backed up by meaningful research:

“The one thing drivers really want [to be employees] is the one thing ride-hail companies don’t want to give them.”

The author of the article is not speaking for me, I’ve been driving with Uber for over 3 years and I don’t want to be an employee.

There are two reasons my take on this important issue is different from most drivers… [1] years ago (for about 10 years) I worked as an independent contractor and did not have a traditional job so this is not my first “gig” as a non-traditional worker; [2] during my 20 years in corporate America (as a traditional employee) I spent a lot of years responsible for managing partner relations.

When I was responsible for managing partner relationships between my company and a handful of Fortune 100 companies, I learned an important lesson… to be good at managing company relationships it’s important to champion the partner’s business realities and goals while at the same time remembering who wrote my paychecks.

In company meetings and one-on-one conversations, I worked hard to be the voice of the partners I represented while at the same time keeping my company’s business realities and goals top of mind.  In other words, I helped find compromises that were somewhere in the middle.

I’ve heard the definition of a good compromise is where neither party walks away from the negotiation with everything they want and neither are completely happy.

I don’t work for Uber or Lyft but because of my background, I can see their side.  The simple reality is if drivers become employees and get “…unemployment insurance, health care subsidies, paid parental leave, overtime pay, workers’ compensation, and a guaranteed $12 minimum hourly wage”… well likely as not it’s “game over” time for drivers to find another way to earn income.

Sure, I’d like to have some benefits to go with my full-time hours “gig” driving with Uber and Lyft but again because of my background I can see Uber/Lyft’s position and because it’s just logical to support “cutting off the hand that feeds me” I don’t want my rideshare driving “gig” to go away.

It’s interesting (and understandable) that Uber and Lyft are the main companies being targeted by the proposed legislation… because the lion’s share of “gig economy” work is rideshare driving.

On the other hand, it’s unfortunate the companies providing the best gig economy opportunity stand to lose everything?  And if Uber and Lyft have to fundamentally change the way they do business there’s no escaping the reality that even if rideshare driving is still “a thing” the nature of being a rideshare driver will be very different.

“In the Chronicle op-ed published last week, Uber CEO Dara Khosrowshahi and Lyft co-founders Logan Green and John Zimmer suggested that drivers would no longer have the flexibility to make their own schedules if they become employees.”

Schedule flexibility is just one of the many changes that would have to happen if Uber drivers and Lyft drivers become employees… but rather than listing other likely changes let’s look at this one from Uber/Lyft’s point of view.

As a driver, if I were guaranteed an hourly wage and could choose when to work, then I would not choose to work some of the hours when there are the most passengers requesting rides.  Assuming a bunch of drivers made similar decisions there would be too many available drivers at noon on a Wednesday and not nearly enough between midnight and 3 a.m. Friday and Saturday nights.

It’s not logical to believe Uber and Lyft would pay a guaranteed hourly wage to more drivers than were needed at a given time or in a given location.  If I could earn the same hourly wage attempting to hang out in the quiet suburbs why would I ever drive to my city’s “hot spots?”

Why would any company over-staff with employees during the slowest hours and under-staff during the busiest?  Businesses cannot indefinitely lose money… that’s not the way business works.

Since I mentioned a guaranteed hourly wage… as a business owner if I’m forced to pay a minimum wage isn’t it logical to believe I might see the minimum as a cap?  In other words, if rideshare drivers are guaranteed $12 per hour would that be their pay even if it’s busier?  Cashiers at a big box retail store make the same hourly wage during the busy winter holiday season as they do on a slow Wednesday afternoon.

In my opinion, what’s needed here is a compromise and not government regulations that would probably not be helpful to drivers over the long term.

“Both companies have been quietly lobbying behind the scenes for an exemption to the bill. Now they’re begging in public for a compromise. Uber and Lyft want to keep treating drivers as contractors, and in exchange, they promise to set a minimum pay rate for drivers while they’re picking up and dropping off passengers, create a company-backed fund for benefits like paid time off; and establish an association for drivers to advocate for further improvements.”

Vocal drivers and organizations of drivers are forgetting a very key point: they weren’t hired, and they weren’t promised how much they would earn.  More importantly, no one is forcing them to continue being rideshare drivers, they are independent contractors and free to find other work.

Negotiation toward compromise tend to work better when both sides present their cases honestly and are not making demands that if granted would risk putting the other side of the negotiation out of business?  Isn’t this just logical?

Since the most vocal driver’s groups don’t seem willing to compromise, I expect what happens next will be worked out in new legislation and in the court system.

I wish I could be involved in California’s AB 5 proceedings but I’m not expecting an invitation so I will stay on the sidelines as a very interested observer.

If Uber drivers in Sunny California become employees instead of independent contractors the rideshare company may just pull out of the state, leaving the driver employees, um, ... unemployed.

"The high-stakes battle between Uber executives and drivers in California, explained"

Uber Drivers vs. Uber Execs – Squaring Off in California