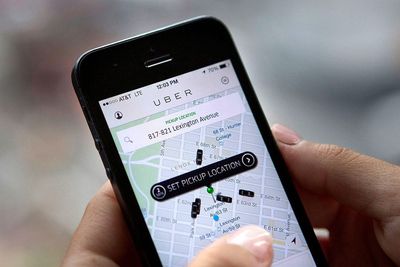 It this news article we’re talking about drivers signing something they either didn’t read or understand.

“Some drivers in California have told Recode they’ve been confused and misled by the emails and in-app messages Uber and Lyft have sent urging them to sign petitions or contact their local legislators to voice opposition to potential worker reclassification.”

I can understand this a little, for example, if I go to a rock climbing gym I know that I have to sign the release form or I don’t get to climb.

The Uber and Lyft messaging didn’t say anything like: “In order to keep driving…”

If the messaging had been truly deceptive, I would feel differently.

I doubt any serious damage was done. In a legal battle of this kind, it’s natural for any business to do what they can to support their side of the case.

The results of an internal poll are unlikely to have much weight in a legal case.  There aren’t any numbers presented in the article just quotes from a few drivers… no way to ever know how many drivers may have unintentionally signed.

Supporting the idea that no serious damage was done to California drivers hoping to be employees someday… the article reports lawmakers are already pleading their side of the legal case in the media.

“I think you always have to be careful when an employer goes to an employee and asks them to sign something. The disparity of power in that situation means often the employee just signs it,” California State Assemblywoman Lorena Gonzalez…”

Digging a little deeper into the article we see this:

“The Uber notification Anwar [quoted driver] received urged him to sign a petition for local lawmakers, telling them to help Uber ‘fight for driver flexibility and independence.’ Lyft sent out a similar notification, but instead of offering a pre-filled petition as Uber’s did, it presented a blank email for drivers to fill out and sign.”

So, slightly different approaches to the same end goal but I don’t see any deception in saying that becoming employees means drivers would lose at least some of their “…flexibility and independence.”

In the past I’ve made the point that employee drivers would probably not have the same ability to choose the hours they work, or that the hand’s off approach Uber and Lyft currently take regarding the way individual drivers choose to approach the rideshare driving “gig” will continue if Uber drivers and Lyft drivers become employees.

My impression is the drivers reported to be complaining probably don’t completely understand that they are currently independent contractors, not employees.  I think it should be pretty obvious because drivers are not interviewed, hired, and promised how much they will earn for their time like a traditional employee.

When you become a rideshare driver today, Uber and Lyft do not say: “we’d like to hire you”, they say: “you’ve qualified to complete passenger trips.”

I believe the loudest voices advocating for becoming employees believe they will keep all of the flexibility and independence they currently enjoy and give up nothing as driver-employees… it’s just not logical to believe Uber and Lyft will take on significant additional expense without making changes?

If you owned a company would you intentionally pay for more employees that you need?

“…ride-sharing companies have made the case that, historically, when companies are obligated to provide the financial overhead that comes with employment, then they are motivated to exert more control over their workforce.”

As an Uber driver and Lyft driver working full-time hours for over 3 years (over 13,000 lifetime trips) I hope I will always be an independent contractor.

If Uber and Lyft are ever forced by law to treat drivers as traditional employees, I hope there will be an option I can choose to remain an independent contractor.

“A poll of 1,200 drivers by independent blog The Rideshare Guy last year showed that about 76 percent of respondents wanted to remain independent contractors rather than become employees.”

The 1,200 drivers polled in this survey are likely to be better informed about the nature of being a rideshare driver… they wouldn’t be on the mailing list unless they were reading online resources like Rideshare Business Guide seeking to better understand how to earn more income and avoid potential pitfalls.

The deadline for California lawmakers to present final language and vote on the controversial bill known as “AB 5” is this September:

“Ultimately, though, whether or not Uber and Lyft take that hit will be up to California legislators, who will vote on AB 5 in a few months.”

No doubt AB 5 will continue to be debated by news articles for the rest of the summer… California is a very big market for rideshare driving and other cities and states are watching this one closely.

I’ll be watching closely too and when new “wrinkles” appear you’ll hear about it on Rideshare Business Guide.