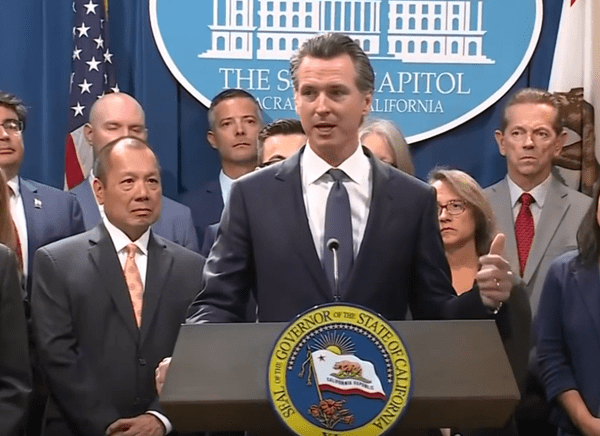 As expected, California Gov. Gavin Newsom (D) signed Assembly Bill 5 (AB5) into law (09/18/19) and as I've expected all along nothing changes for California's rideshare drivers.

For months now countless online news articles predicted AB5 would force Uber and Lyft to reclassify California’s rideshare drivers from independent contractors to employees, but in direct response to AB5 being passed by the California Senate Uber's lead lawyer Tony West wrote the following in an Uber news release: (https://www.uber.com/newsroom/ab5-update)

If you’ve been following the California AB5 online news coverage, it sure has sounded like AB5 was more or less targeted at Uber and Lyft?

In Uber’s news release about California AB5 West goes on to say:

“What AB5 does do is fairly straightforward: it inserts into the California labor code a new legal test that must be used when determining whether a worker is classified as an independent contractor or an employee. And that legal test is already the law of the state since the California Supreme Court handed down its decision in Dynamex over a year ago.

That legal test, called the ‘ABC test,’ certainly sets a higher bar for companies to demonstrate that independent workers are indeed independent. Under that three-part test, arguably the highest bar is that a company must prove that contractors are doing work “outside the usual course” of its business.”

In the aftermath of AB5 being passed by California’s Senate and West's statements most news articles I’ve seen are saying something like: “Uber plans to defy the new law…” when the reality is Uber is not saying anything new… since the Dynamex decision Uber has consistently said they are a technology platform and applying the “ABC Test” criteria California drivers are correctly classified as independent contractors.

We can “hate” on Uber for taking this stance but it doesn’t change anything.

The next step is the inevitable legal challenge(s) arguing Uber is in violation of California’s new AB5 law.

I'll keep reading news articles putting their spin on what AB5 means to rideshare drivers in California but you don't have to... the immediate effect of the AB5 law to the status of California’s Uber drivers is exactly what I expected... nothing.

The sheer volume of news articles covering the progress of AB5 from a bill to law has been unbelievable.

And now that AB5 is law I struggled with which news article to reference for this blog.

When I read the following quote, I knew I’d found the right article:

“By forcing new-economy companies to adopt rules developed for twentieth-century employees, California is missing an opportunity to create a new class of worker, a hybrid of independent consultants and traditional employees.”

All my adult life I’ve heard the talking heads say California often leads the U.S. with its innovations… but with AB5 California’s legislators are not leading their state or the country into the future… not at all.

Now California, Uber, and other parties will probably spend years and obscene amounts of money arguing in court over case(s) challenging AB5 when California had the opportunity to reframe the conversation about how gig economy companies should be required to pay and provide employee-like protections for gig economy workers… that would have been leadership.

Gig economy work is different from traditional jobs and attempting to force gig economy companies to behave like traditional employers is asking them to fundamentally change the way they do business in order to fit old employment models.

Rideshare driving is not like a traditional job… new regulations and laws should make sense for a new way of earning income… one that does not come with a traditional boss or defined work schedules. 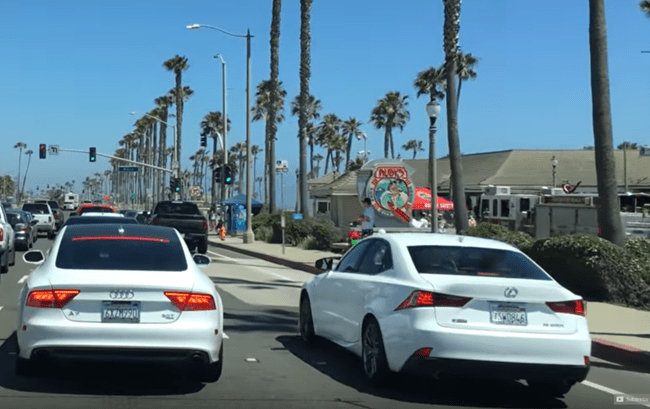 New laws should make sense for this new way of delivering services to customers and new way for people to earn income… regulations protecting the new “gig economy” workers should not be trying to “force a square peg into a round hole.”

As example, in the online debate surrounding AB5: “flexible work hours” has been hotly debated.

Uber (and Lyft) has said employee-drivers would likely lose some or all of the flexibility to work when it makes sense for their lives.

I average about 40 hours per week but my schedule with my kids means I work less hours on the weeks they spend the weekend with me.  The ability to work more than 40 hours every other week is very important to me.

Also, to accommodate my schedule with my kids I work about 30% of my hours during times which are not considered “peak hours” for rideshare driving.  I typically average less income per hour driving weekdays between 10a-3p but it’s my choice.

If Uber was forced to pay employee-drivers a minimum wage some drivers (maybe even me) are going to choose to work more hours when it’s less likely to be busy.

If I were guaranteed a minimum wage some days I would probably choose to “skate” because I knew I would still earn the minimum hourly wage.

If a lot of drivers did the same thing Uber would have to take some action?

Also, it’s not logical Uber would not do something to insure there were enough drivers during busy hours.  The most logical response is to schedule when drivers would work… flexible hours would be a thing of the past.

I’ve seen lots of articles arguing that AB5 would not require Uber and the other rideshare companies to take away drivers’ ability to choose their hours… this is very true because remember what Uber’s Tony West said:

“…the bill [AB5] currently says nothing about rideshare drivers.”

It’s mind-boggling when I think about how many articles have been published saying things about AB5 that aren’t even close to the truth… AB5 is not now nor has it ever been targeted at the rideshare driving industry!

The most important point I’m making here is gig economy work is simply not the same as traditional hourly income jobs.

And even though rideshare driving is similar to owning and operating your own business it’s not exactly that either… in large part because rideshare drivers do not set the rates that passengers pay for trips.

So, rideshare driving does not meet the old ways of thinking about running your own business or working at a traditional hourly wage job… it’s something else… it’s something brand new!

As the referenced article said:

“…a hybrid of independent consultants and traditional employees.”

The article ends with some suggestions:

"California is missing a huge opportunity to define this new class of worker and enact appropriate rules. A good start would be exempting drivers from minimum-wage and overtime requirements... while requiring TNC [transportation network company] companies to pay workers’ compensation and unemployment taxes."

Sure, sure, in times of high passenger demand and insufficient drivers overtime might be allowed… but it would no longer be the driver’s choice to work essentially as many hours as they want whenever they choose.

Uber and the other TNC’s simply are not going to lose money in order to be available in areas and at times when there will never be enough passenger trip requests to support a mandatory minimum wage for an unlimited number of drivers… the TNCs are simply not going to pay drivers to sit and wait for rides.

Rideshare driving has always been a choice… driving in a smaller population market does not necessarily mean rideshare driving doesn’t make sense… some drivers are happy to be earning income and understand that in their market they simply aren’t going to be as many passenger trip requests meaning there will be times when their average income is less than minimum wage.  If these drivers wanted traditional jobs they would go out and get one.

I’m willing to be out on the road at times when I probably won’t earn as much but again as an independent contractor-driver it is my choice.

The minimum wage question is also complicated by the reality that some drivers would find ways to take advantage doing the least amount of work required to earn a mandatory minimum wage.  It’s unfortunate we all have to “suffer” because of the actions of a few but this is also part of the reality of being a human sharing the world with other human beings. 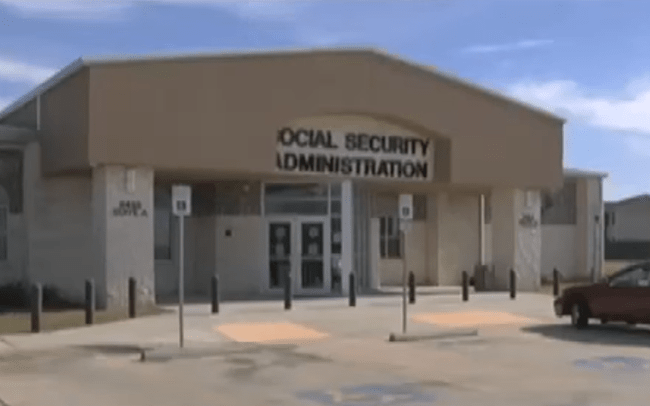 The simple reality, which in my opinion is only strengthened by AB5 becoming law… is the most likely path for years to come is one legal case after another trying to make the new “gig economy” fit into employment ideas and laws of the past.

There will be a lot of billable hours for law firms related to this California news about Uber, but I’m not holding my breath for laws or regulations to force any meaningful change to my life as a rideshare driver.

At Rideshare Business Guide we will always have our focus on helping rideshare drivers make the most of the way the rideshare driving industry really works and not on how we might wish it could be.  “Wishing and hoping” is simply not what we do here.

California’s new regulation on Uber and Lyft risks harming a huge segment of the economy—and misses a chance to define a new category of worker.