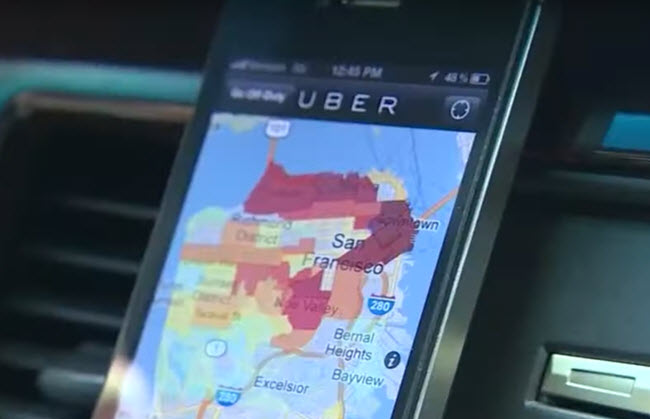 Since February 2019 New York City rideshare drivers have benefited from a city regulation guaranteeing they will earn at least $27.86 for every hour (driver online available to complete passenger trips)… now it looks like the city of Los Angeles will also mandate a Lyft and Uber driver minimum wage.

“A baseline goal of $30/hr. [in Los Angles] was approved on October 15 and is meant to consist of $15 in wages and another $15 covering expenses such as gas, [maintenance/repairs], [self-employment taxes?], rental lease, insurance, and vehicle depreciation. In New York City, a baseline of $27.86/hr. has been in effect since February.”

If you’ve followed the news articles about New York City mandating a minimum wage for rideshare drivers, you may be surprised thinking:

“I thought the minimum hourly wage number for New York City rideshare drivers was $17.22 an hour?”

Most online news articles simplified what happened in NYC by only reporting $17.22 per hour.

But I dug into the language of the NYC regulation and it doesn’t simply mandate an hourly wage… insuring drivers earn at least $27.86 per hour is the target… but the math the regulation uses to get there is complicated… I mean really complicated.

What’s mandated is a minimum average earnings per trip combined with a complicated “utilization” factor.  “Utilization” means drivers actively completing passenger trips… drivers waiting for a passenger trip request are at that time not being “utilized.”

You can find the NYC regulation here:

Now it’s not so surprising almost every online news article simply reported the NYC mandatory Lyft and Uber driver minimum wage as $17.22 per hour and did not mention the $10.64 per hour meant to cover gas, maintenance/repairs, rental lease, insurance, and vehicle depreciation.

There is an enforcement clause in the NYC regulation which reads:

“To enforce these rules, TLC [New York City Taxi and Limousine Commission] will investigate and prosecute driver complaints and audit trip records on a regular basis. TLC will require the Largest FHV Companies [think Uber and Lyft] to submit additional information on driver pay, passenger fares, driver working time, and trip distance to facilitate these audits and inform future policymaking. The Largest FHV Companies [Uber and Lyft] will also be required to provide driver receipts that list the applicable per-minute and per mile rates, the number of miles for each trip and the number of minutes for each trip so that drivers can determine whether they were paid at least the minimum amount required by this rule.”

Sounds complicated because it is… what simplifies the regulation for drivers is this line: “investigate and prosecute driver complaints” so drivers who do not think they are earning the mandatory minimum hourly wage can complain to New York City Taxi and Limousine Commission who will investigate the driver’s complaint. 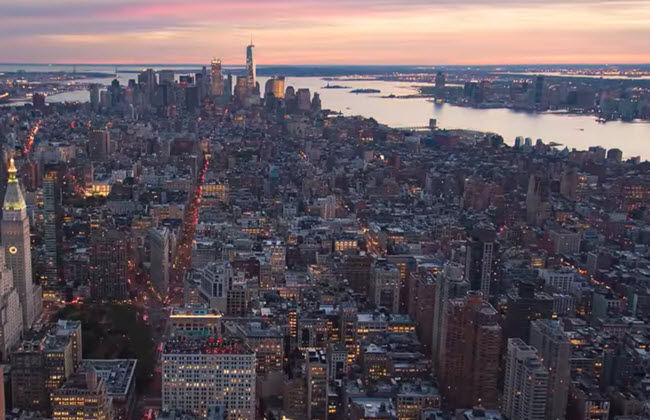 We haven’t learned the details behind the proposed Los Angeles regulations but in the initial news reports it seems to be simpler to understand:

“A baseline goal of $30/hr. was approved on October 15 and is meant to consist of $15 in wages and another $15 covering expenses such as gas, [maintenance/repairs], [self-employment taxes?], rental lease, insurance, and vehicle depreciation.”

Ok sounds pretty straight forward… but why $15 per hour for expenses instead of $10.64?

The Los Angles number meant to cover rideshare driving expenses is about 40% higher… does this mean NYC drivers are getting cheated?

Is either one the “right” number?

Even two drivers in the exact make and model of vehicle and paying the same for a gallon of gas could have very different vehicle expenses because (as example) one may own their vehicle “free and clear” and the other leases or has a monthly loan payment.

If you have thought about giving rideshare driving a try you want to have a clear understanding of your vehicle expenses… how else will you be able to predict or calculate your “take home pay?”

Estimating vehicle expenses as an hourly rate is problematic for a number of reasons.

My expenses for gas, maintenance/repairs and vehicle depreciation will be lower because I’m not racking up a lot of miles on the odometer.

Then I get a trip from Boulder to the Denver International Airport and rack up 43 miles in less than an hour.  Obviously, more miles mean I’m burning more gas; puts my vehicle closer to the next maintenance/repair expense; and my vehicle’s resale value (depreciation) goes down with higher mileage.

You can see how estimating vehicle expenses as “X” per hour is really just a guess?

The NYC regulations $10.64 guess seems more scientific because it’s not a round number like the Los Angles number $15… but they are both guesses and are not particularly helpful for drivers seeking to understand their current and long-term vehicle expenses.

Most vehicle expenses (gas, maintenance/repairs, and vehicle depreciation) can be calculated into a cents per mile measurement.

A driver who knows their “X” per mile number can calculate their actual “take home pay” after a day of rideshare driving.

A little math suggests both NYC and Los Angles numbers are really high:

I paid $8,000 for my used 2006 Toyota Prius and my vehicle monthly/yearly expenses don’t come anywhere close to these numbers.  If I drove in either city the mandatory minimum would mean significantly higher “take home pay” for me!

The point I’m making is the mandatory minimums in NYC and Los Angles do not give an accurate picture of rideshare driving expenses.

An “X” per hour guess could be:

If you are thinking about giving rideshare driving a try it is possible to calculate a meaningful estimate for your personal vehicle expenses including gas, maintenance/repairs, self-employment taxes, rental lease, insurance, and vehicle depreciation.

Understanding how the expenses of rideshare driving calculate into a driver’s “take home pay” is important when deciding if being a rideshare driver makes sense for you… for your personal situation.

Check out my book Driving for Uber and Lyft - How Much Can Drivers Earn? for a simple step-by-step process to calculate rideshare driving expenses and give you an accurate understanding of how much you can expect to earn as a rideshare driver. 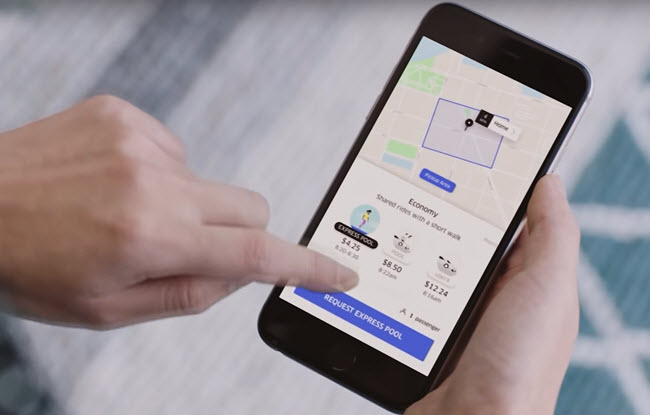 The answer to #1 is pretty easy… because NYC and Los Angeles are in the TNCs top five revenue-producing markets.

This means the TNCs won’t be willing to lose a large chunk of revenue by pulling out of the market/city. (Lyft and Uber left Austin, Texas in 2016/2017 in a dispute over fingerprinting drivers… a much smaller expense compared to a mandatory minimum wage.)

If a smaller population city (like the city where I drive Denver, Colorado metro population 2.8 million) attempted to force $30 per hour minimum wage I think Uber/Lyft would respond saying something like:

“We will have to evaluate if it makes business sense to continue to operate in Denver.”

Would Lyft and Uber really pull out of Denver?

If city regulators tried to push a $30 minimum wage history (think Austin, Texas 2016/2017) suggests they would seriously consider it.

It’s likely as part of the negotiation Lyft and Uber would attempt to leverage their popularity… try to gain a perception of support from their passenger-customers… put pressure on regulators by painting a picture of what would happen if they pulled out of a city.

It makes business sense Lyft and Uber will leverage their popularity and makes sense city governments would think twice before alienating their citizens by appearing to have forced the large TNCs to exit their city.

My answer to this blog’s question #1:

“What does Los Angeles and NYC minimum wage mean for me in my city?”

A meaningful answer to question #2

“What are the longer-term implications for any city forcing the TNCs to pay drivers a minimum hourly wage?”

Covering all of the potential implications is a bit more complicated… but it is relatively easy to predict likely long-term implications of a mandatory Lyft and Uber driver minimum wage.

I’ve also seen NYC drivers posting that they have been disconnected from a TNC driver platform… essentially that means fired.  These drivers usually say they: “Did nothing wrong!”

In a market/city where the TNC are not required by regulations to pay every driver a mandatory hourly wage there’s no need to control the number of drivers online at a given time… or in a given part of the city… any driver can go online anytime they feel like it.

When drivers are not guaranteed a minimum hourly wage there is also less “need” to disconnect drivers who (as examples) refuse to complete Uber Pool and Lyft Shared trips (a common thing drivers writing online say they do) or calling every passenger in advance to find out where they are going before the driver decides if they are willing to complete the passenger’s trip.

These practices are known as passenger trip “cherry picking” and in an environment where the TNCs are forced to guarantee a mandatory minimum wage it’s logical the TNCs will “weed out” some drivers… “cherry picking” trips is one of the reasons a TNC may choose to disconnect a driver from the application (essentially fire or let go.)

If forced to pay a mandatory Lyft and Uber driver minimum wage the TNCs will have significant reason to choose drivers whose actions prove they are “the best” or at least better than other drivers.

This might seem unfair but from a TNC’s point of view if passengers are getting turned down by the drivers that’s a big hit on perceived customer service… after all, getting a ride where you want to go is the product the TNCs are selling… right?

The TNCs can disconnect a driver for any reason they deem reasonable, a driver could protest even attempt to sue… but it’s not logical to believe that a “bad” worker will be reinstated by force?

A salesperson consistently not meeting their sales quota is at risk to be let go without a negative consequence to the employer and a fast food worker refusing to complete some orders because “they don’t want to” is going to lose the job.

If every driver earns $30 per hour then they better be producing, on average, more than $30 per hour in revenue.  Drivers who were “hanging out” in places where they are unlikely to get a lot of trips will likely find themselves disconnected from the driver application.

Los Angles drivers are probably celebrating a victory and looking forward to guaranteed earnings.  I hope it works out for them.

I don’t want a mandatory Lyft and Uber driver minimum wage in Denver, Colorado and just as I’m starting to see in driver’s forums from New York City drivers I don’t think forcing the TNCs to pay a mandatory minimum hourly wage will have a positive effect on some drivers.

On the other hand, regulated mandatory minimum wages could have the effect of improving the quality of service for rideshare transportation passengers?

Unless you intend to drive in Los Angles or NYC I suggest not holding your breath or waiting for a mandatory minimum wage before giving rideshare driving a try in your market/city.

If you want to learn how to maximize rideshare driving earnings with minimum stress and without doing things that could make Uber and/or Lyft see you as a “bad” driver check out my other book:

How to Be a Lyft and Uber Driver – The Unofficial Driver’s Manual where I’ve documented everything I wished I knew before my first passenger trip.

Armed with the information in this book you can expect to earn approximately 14% more compared to a brand-new driver.

If the TNCs are forced to implement a mandatory Lyft and Uber driver minimum wage in your city you will be ready to benefit from it.