Do Lyft and Uber Drivers Own a Business?

"Uber and Lyft drivers run their own businesses? Give me a break" 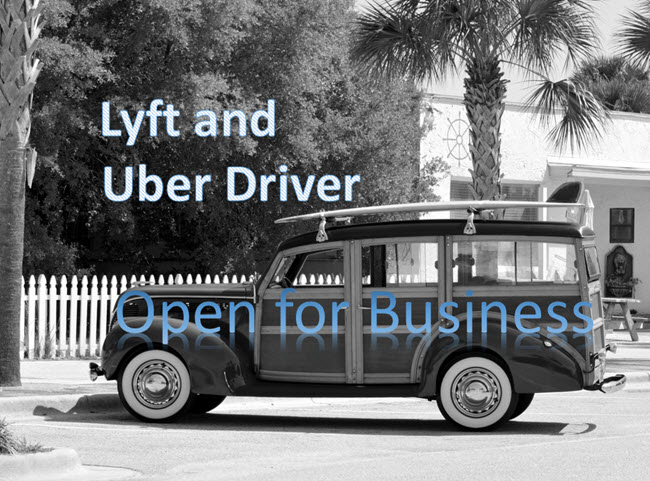 Online media content like the opinion piece referenced for this blog post tend to paint a negative picture of rideshare driving and support the narrative that Uber and Lyft are big businesses exploiting workers… specifically rideshare drivers.

When I see a headline like this one: “Uber and Lyft drivers run their own businesses? Give me a break.”

I think about the questions a new Uber or Lyft driver might have while reading the content.

The article’s title is a clear indication the story’s content will include the author’s opinion:

“Uber and Lyft drivers run their own businesses? Give me a break.”

QUESTION: Is there such a thing as a Lyft or Uber driver business?

In many ways rideshare drivers ARE running their own business.

Rideshare drivers as “business owners” have a lot of control over how they deliver the product.

Lyft and Uber driver business owners don’t have bosses who tell them when and where to work.

In many ways rideshare drivers ARE NOT running their own business.

Uber drivers and Lyft drivers also don’t have many of the responsibilities normally required of business owners:

It appears that Uber drivers and Lyft drivers are… and at the same time are not… really running their own businesses, but the way it works today drivers aren’t really employees either?

“Whether Uber and Lyft drivers and other gig workers should be treated as independent contractors or regular workers, with full rights, is now front and center, especially in California.”

QUESTION: Are Uber drivers and Lyft drivers truly independent contractors or should they be reclassified as employees?

ANSWER: The “problem” is in existing employment law there are currently only two choices for any business… classifying workers as independent contractors or as employees.

If passed by legislators and signed into law by the governor California AB5 appears to be headed toward forcing Uber and Lyft to treat drivers as “employees” and give drivers rights established in employment law for “employees.”

This choice is not exclusive to the rideshare industry, as example, for years I worked as an independent contractor special events bartender, food server, and event manager/coordinator.  My pay was reported on a 1099 with no taxes deducted just like Uber and Lyft.

I worked when work was available.  Sometimes there were no events at all, no event meant no need for my independent contractor services.  Some of the organizations I worked with only needed me a handful of times during the year.

It was always my choice to work an event or turn down the request.  While doing this type of work I earned my first college degree, a Bachelor of Science from The University of North Texas.  The flexibility of contract work made going to college possible.

With only two choices available in current employee law, Independent Contractor or Employee, I believe Uber and Lyft made the “right” choice:

“In an op-ed in the San Francisco Chronicle last month, the CEO of Uber, Dara Khosrowshahi, and the cofounders of Lyft, Logan Green and John Zimmer, wrote that being required to classify drivers as employees instead of independent contractors would ‘pose a risk to their businesses,’ but then failed to outline what those risks might be.

Uber and Lyft leave the false impression that independent contracting is essential to deliver services because otherwise they could not provide the flexibility many of its drivers desire. ‘First, most drivers prefer freedom and flexibility to the forced schedules and rigid hourly shifts of traditional employment; and second, many drivers are supplementing income from other work,’ they wrote.”

QUESTION: Why not classify drivers as employees?  Sure, Uber and Lyft are not profitable yet, but why shouldn’t they work into their business models employee-drivers forcing them to pursue profitability using an employee-driver model?

Reminding readers, the referenced article for this blog post is an opinion piece and not a news article… notice two phrases the author used in the last quote:

“…failed to outline what those risks would be…”

“Uber and Lyft leave the false impression that...”

Just pointing out the author is inserting their point of view into the article.

ANSWER:  Again, the missing piece in the conversation is in existing U.S. employment law there are currently only two choices: independent contractor or employee.

If there is a case for either classification to be true isn’t it logical the “right” answer is somewhere in the middle?

In the op-ed quotes from Uber and Lyft top brass there is a giant clue what driver-employees can expect: “forced schedules and rigid hourly shifts.”

If Uber and Lyft are forced to pay drivers a guaranteed hourly wage, they will also be forced to figure out how many drivers they will need:

[2] in a given part of every city where Uber and Lyft operate.

No company is going to knowingly pay a guaranteed hourly wage to more workers than they believe they will need to deliver on customer demand.

Put another way:  Uber and Lyft are never going to pay a whole lot of drivers to sit empty in their vehicles collecting a minimum wage waiting for a passenger trip.

“The legislation, which has become known as AB5 and is currently being debated in California's state Senate, would mean the drivers would get paid as employees (with guaranteed minimum wage and overtime protections) and gain government protections regarding gender and race discrimination, as well as collective bargaining rights. They would also be covered by unemployment insurance, workers compensation and Social Security.”

QUESTION: What benefits can employee-drivers expect to receive?

ANSWER: Yes, employee-drivers can reasonably expect to receive benefits they do not currently have… but probably not the benefits some drivers seem to think they will get and the negative side of being an employee-driver is not being discussed in the media.

These are important benefits, but they will not impact most drivers daily lives:

Employee drivers can also expect a guaranteed minimum wage and overtime protections; however:

Uber and Lyft could argue (rightfully) that passenger business fluctuates… they could justify only paying the required minimum wage because paying out a mandatory minimum hourly wage means sometimes they are paying out more than drivers are producing in revenue… busy times pay for slow times it all averages out over time.

Part-time employees typically do not earn vacation or other paid time off and they are not eligible for the same benefits provided to full-time employees.

Holiday pay would probably happen because holidays are typically busy rideshare passenger days… the point is all aspects of having “employees” rather than “independent contractors” will be carefully managed to control business expenses.

Similarly, employment law does not require companies to provide specific types of health insurance even for full-time employees.

The specifics of what health insurance packages cover are defined by individual companies not laws… health insurance and almost every other meaningful benefit is designed to attract and retain the best workers.

Rideshare drivers are simply not “skilled workers” and unless there is someday a shortage of drivers compared to the amount of passenger business it’s not logical to believe Uber and Lyft will provide any more health insurance coverage than specifically required by law for any American business… this probably means no meaningful help with healthcare expenses.

QUESTION:  So, what are the answers?  What should a Lyft or Uber driver business look like? Are drivers independent contractors or employees?  What benefits should rideshare drivers be entitled to receive.

I referenced an opinion piece for this blog post… here’s my opinion:

A major point I believe is missing from the debate is the opportunities the rideshare driving industry has provided to the millions of people who have been or currently are rideshare drivers.  It’s not “perfect” by any stretch of the imagination but saying: “Do [this] without regard to how it will effect your Lyft or Uber driver business…” is not the answer.

"Uber and Lyft drivers run their own businesses? Give me a break"

Do Lyft and Uber Drivers Own a Business?