As Drivers Live in Their Cars Due to Poverty Wages, Uber Co-Founder Buys Record-Breaking $72.5 Million Mansion 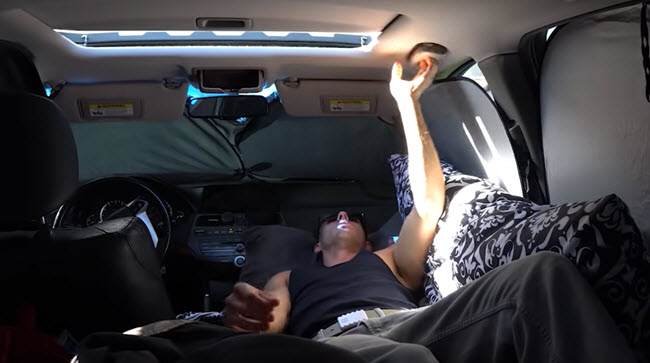 NEWS FLASH – most of the “news” about the rideshare industry is negative… don’t believe me? - search the internet and find three or more news articles with “Uber” or “Lyft” in the headline that are saying anything positive

The referenced article for today’s blog post is not the first report in the news suggesting it’s unfair or at least unseemly that Uber co-founder Garrett Camp recently purchased a home in Beverly Hills, California for $72.5 million dollars.

None of the news articles I’ve read… articles reporting Mr. Camp’s recent home purchase… point out that Uber is not Mr. Camp’s first business venture and it appears he’s been at least a multi-millionaire since at least 2007.

That’s right Garrett Camp not only co-founded Uber with his ideas, intellect, experience, and hard work, it was Mr. Camp’s personal investment that paid the first round of office bills.

“In 2015, he [Camp] was the 283rd-richest person in the world and the third-richest Canadian, with an estimated wealth of US $5.3 billion according to Forbes.”

In 2015 Garrett Camp was the third-richest Canadian with an estimated net worth of around 5.3 billion dollars?!!!

You mean he was already a billionaire years before Uber’s stock went public?!!!

Ok yes, I’m being sarcastic… but only to help make a point.

These aren’t honorary degrees, Garret Camp went to college, studied, and earned them.

In 2002 (9 years before Uber) Mr. Camp co-founded another startup company, StumbleUpon, which was acquired by eBay for $75M in 2007.  I think it’s safe to say Mr. Camp worked some long days and nights on this venture and as the co-founder pocketed a sizable chunk of the $75 million sale price?

According to Wikipedia Garrett Camp has invested in at least six start-ups not including Uber… he probably earned a buck or two from these investments?

So, let’s break this “outrageous” home purchase story down a bit:

Personally, I hope Mr. Camp and family are enjoying the new Beverly Hills digs and aren’t too bothered by news reports like the article referenced for this blog post.

Of the multiple news articles I’ve read about Garret Camp’s recent home purchase this one goes beyond suggesting, inferring, and implying that Camp shouldn’t be enjoying the life he earned through hard work, natural talent, and smart investing.

This article all but accuses Mr. Camp of personally exploiting Uber drivers and that Camp is personally responsible for some drivers living in their cars.

“Uber drivers, many of whom are homeless due to the $82-billion company's notoriously low rates, reacted to the Camp's purchase with outrage, describing it as a striking encapsulation of how the wealthiest Americans live in luxury on the backs of exploited workers.”

Exploitation - Or Freedom of Choice?

And the whole venture is based on choice… drivers choose to drive and earn what Uber pays… passengers choose to request trips and pay what Uber charges… on both sides of the equation people could make different choices and Uber, Lyft, and the other TNCs (transportation network company) would fade away into history.

At any point drivers could make a different choice but the choice some drivers are making is blaming Uber for “exploiting them” while they continue to drive… seriously?

You could walk away and do something else but instead you keep completing passenger trips at the same time complaining as if you have no choice?

And for whatever reason mainstream media loves these stories and amplifies the voices of a statistically small sample of the hundreds of thousands of Uber drivers in America and has created the popular myth that Uber and its founders are “evil.”

I’m wondering where are the news articles zooming in on the founders of other successful business ventures and accusing those founders of ruining the lives of their workers?

Fast food workers, convenience store cashiers, construction crew, and countless other workers are also struggling to pay the rent too… all jobs where the companies hired them because the companies needed that many workers to run their businesses. 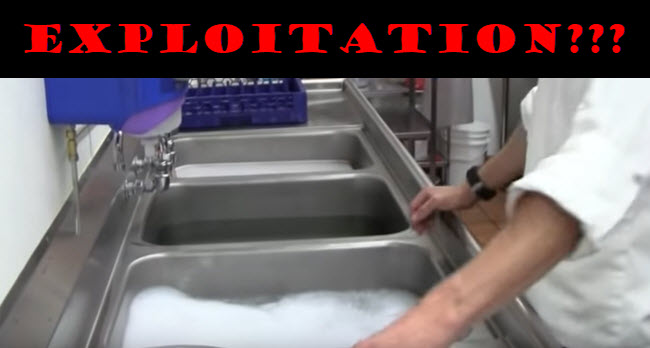 These companies promised the new workers how much they would be paid per hour.

These companies told the new workers how many hours per week they could count on.

If we believe mainstream media Uber is the only company on the planet bringing back the days of America’s robber-barons exploiting workers with company owners and executives living “high on the hog” at the expense of people who don’t have other choices to earn income.

Mainstream media today would have us all “suspend our disbelief” as if we were going to see the latest action-adventure movie… but I have a hard time believing that most people don’t “get it” that living paycheck to paycheck and struggling to pay the rent is not a state of living exclusive to being an Uber driver or Lyft driver.

I’ve been closely following mainstream media’s coverage of the rideshare industry phenomena for over three years… and most days it feels like I’m the just a small voice “shouting in the wilderness” that being a rideshare driver is a viable way to earn meaningful income… and that rideshare drivers like me made a choice to drive and continue to make that choice every time we get out on the road to earn.

As Drivers Live in Their Cars Due to Poverty Wages, Uber Co-Founder Buys Record-Breaking $72.5 Million Mansion