New Feature To Speed Passenger Pickup at Airports and Events 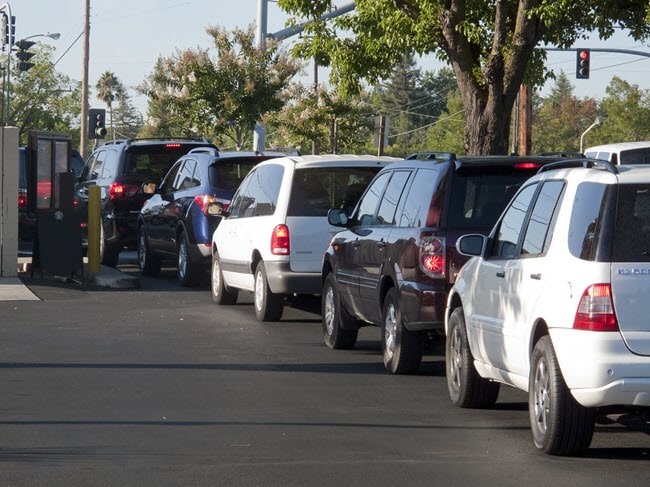 If I could wave a magic wand and change only one thing about being an Uber driver and Lyft driver, I would magically create a smoother way to find passengers at the airport and after large events.

This article announces initial testing of a new way to match passengers and drivers.

Simply put passengers request a trip and get a four-digit PIN.  When the passenger reaches the front of an Uber or Lyft waiting line the next driver enters the PIN on the driver application and “presto” a match is made… passengers get in and off we go.

When I started driving over 3 years ago picking up passengers at Denver International Airport was very challenging.  Drivers picking up or dropping off passengers shared a few lanes on Level 4 divided by concrete barriers… the same area used by private cars picking up friends and family.

Add to that there was no Uber/Lyft waiting lot so drivers hoping to catch a fare away from the airport were circling in traffic along with legitimate rideshare passenger pickups and drop-offs.

The congestion was terrible and rideshare drivers aren’t earning income until they have passengers in their vehicles.

About two years ago the airport designated a rideshare vehicle waiting lot and moved Uber/Lyft pickups and drop-offs to Level 6.

On Level 6 we have six wide-open lanes, a huge improvement, but there are eight possible pickup locations per side; two sides of the main terminal; a total of sixteen possible places for passengers to be.  Needless to say, picking up passengers does not always go smoothly.

If the new “match by PIN” feature comes to Denver International Airport it promises another big improvement.

But what I’m really excited about is the prospect that the new “match by PIN” feature will be used at the end of concerts and sporting events.

I rarely work the end of large events and tend to drive far away when I know a concert or sporting event is ending.

When I first started driving pickups at Mile High stadium was a free-for-all… passengers could request a ride from anywhere and finding the right passengers was almost always a nightmare.

Eventually, Mile High stadium designated the corner of Federal and 17th street as the only place passengers could request a pickup.  As a driver, it sounded good at first… then I had my first passenger pickup and after navigating through easily 20 minutes of stop-and-go traffic I arrived at the pickup location where a police officer said:

“You cannot wait at the curb, if your passenger is not here right now you need to move.”

My passengers were not there, I had called them on the phone, they couldn’t describe where they were in a meaningful way but thought they were walking toward the pickup location.  I canceled the trip request, earned nothing, and drove away very frustrated about the time I lost earning nothing.

Last year after the Taylor Swift concert I spent over an hour and a half essentially parked on Federal Blvd.  Every 10-15 minutes I only moved a car length or two.

As I sat in my car hundreds of passengers were looking at me then back at their phones, clearly waiting for the one driver who accepted their trip request.

During the hour and a half of waiting, I accept three trip requests only to see each one canceled over five minutes later.  I assume the potential passengers canceled because they could see my car wasn’t moving on the passenger application map.

Each time a passenger canceled I earned a cancellation fee.  When the next trip request presented on my phone, I accepted it thinking:

“Why not, I’m not going anywhere.”

The 4th trip request was the winner and when the passenger got in my car she said:

I totally related to her feeling, after an hour and a half of being essentially parked and earning only $11.25 in cancellation fees I was ready to get out of there too.

The Colorado Rockies play at Coors Field, believe it or not, pickups there are even worse.

The Pepsi Center (basketball and hockey) designated a passenger pickup lot and when a driver pulls up someone with a megaphone announces the name of the passenger, this works pretty well but sometimes passengers are not part of the crowd of people waiting for a ride and I have to pull into the lot and wait for them.

Are you seeing a theme here?  After navigating through slow-moving traffic I’m looking at crowds of people waiting for an Uber or Lyft but there’s only one passenger(s) I can pick up.

So… watch for the “match by PIN” feature coming to an airport or event center near you!

New Feature To Speed Passenger Pickup at Airports and Events