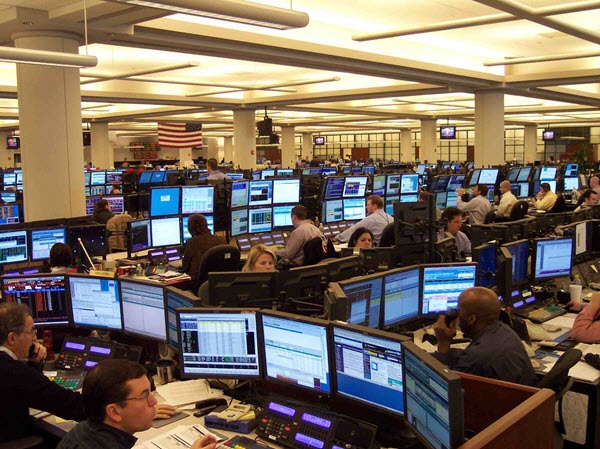 As an Uber driver and Lyft driver who has also spent years working in corporate America I’ve been waiting for the Lyft and Uber IPOs (initial public offering.)

I knew after the IPOs there would be meaningful data about the growth of passenger trip requests.  More passenger trips mean more rides for me to complete and hopefully more money in my bank account to pay bills.

I also knew that post-IPO there would be changes, hopefully good for drivers, but maybe not so good?  Either way I’d rather see what’s coming than be surprised.

If you’ve worked for a publicly traded company, you understand how a company’s current stock price drives business activity.

Prior to Uber and Lyft’s IPOs the largest rideshare companies in the United States (and in Uber’s case the largest in the world) were able to manage their businesses without pressure from Wall Street analysts.

One of the key metrics everyone will be watching closely is revenue vs. expenses.

Growing revenue hopefully means more passenger trips for drivers to complete.  For the past few years most research reports I’ve seen suggest passenger trip requests will grow as much as 20% per year until at least 2030.

Think about that for a second… as big as rideshare driving is now it’s likely to be many times bigger in the future!  That’s a lot of passenger trips that will require a lot of drivers to take these passengers where they want to go.

Drivers reading this don’t doubt me when I say we want Uber and Lyft’s stock prices to at least be stable… even better would be steady growth with the stock prices consistently moving up.

In my experience working for publicly traded companies, everything is better for everyone connected to a company when the stock is doing well.

The referenced article is about passenger fares increasing, and we’ll get to that.  As a driver I’m always thinking about my income and I noticed this quote:

“…the company's [Lyft] revenue jumped a whopping 95% during the first quarter.”

When I’m out on the road earning, I’m almost always running the Uber and Lyft driver applications, turning one off only when I get a trip request on the other platform.

Driving in Denver, Colorado it’s recently seemed like I’m getting more Lyft passenger trip requests than I was a couple of years ago.

If you’re a driver like my buddy who’s only running one driver application because “it’s a hassle to run both”, I strongly suggest running both.  When your vehicle is empty you have a better chance of getting your next trip request sooner and with Lyft’s market share growing…

If you’re only an Uber driver or only a Lyft driver maybe you’re treating yourself like an employee?  An employee is dependent on one company for income, an independent contractor has multiple sources of income.  I’m just saying…

Anyway… back to the referenced article and the potential for passenger trips costing more.

In our current online news environment, it’s common to read things that are misleading.  Not really “fake news” but not the best reporting either?

The referenced article is no exception:

“Uber and Lyft customers have already been struck with fare hikes this year thanks to a minimum-wage law for drivers, which is expected to raise an average driver's pay by $9,600 annually so that they are not underpaid.”

Wow!  This is exactly the kind of sloppy reporting that is causing so much confusion about driving for Uber and Lyft!

And exactly the kind of reporting that helped motivate me to embrace my online role as a rideshare industry analyst.  Someone out here needs to be at least trying to present available information in a way that is meaningful and easy to understand.

Another quote from the referenced article that left me scratching my head:

“This isn't surprising, since Uber's IPO filing revealed that the company has witnessed a big slowdown in revenue growth. The company's top line was up 42% in 2018 after a much more impressive increase of 106% the prior year.  The company's first-quarter results showed that revenue increased by just 20%.”

I’m thinking if most passengers use both applications to request rides (looking for the cheapest fare) then it makes sense that if Lyft is getting more passenger trip requests Uber could be getting fewer trip requests?

In a future post I’ll report on the growth of passenger trips in general which will be a more meaningful metric for current and future rideshare drivers.  I’m waiting for the second post-IPO quarterly business reports from Uber and Lyft.

Until then I’ll be keeping an eye on what stock analysts are saying about Uber/Lyft and expecting there will be more information in the reports to help drivers like me understand where we are now and where we will be in the future.